Characters of interest at the Dinner at Castle Ravenloft

An orphan in Faerun born with extraordinary sorcery powers.
Came to Barovia as a stowaway on a Vistani (carnies) wagon.
Joined a party of other foreign adventurers plotting to kill Strahd.
Betrayed her adventuring party and helped Strahd slay them all.
Most powerful sorcerer in the entire game of DnD.
Strahd’s most trusted advisor and somewhat of a mother figure to Volenta. 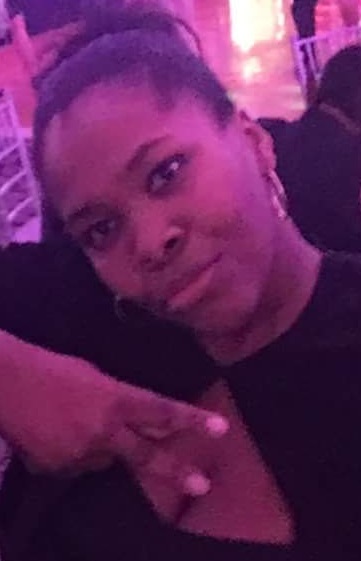 Former prostitute from Vallaki. Used to torture and disassemble her clients.
Sadist. Gets an overwhelming amount of joy by hurting and torturing others.
Has trophies of her victims (teeth, ears, and genitals) in jars were discovered in her home.
Respects Ludmilla and Strahd but gives into her own desires above all others.
Baby of the vampire family and gets a lot of attention. Does not want another to replace her
Wants to kill Valentine and Ireena so they don’t replace her.
Killed Duke (Derek) during a fight because he wouldn’t let her hold his sword.
Has been tending to a dozen small pigs, feeding them bloody human carcuses, kicking them 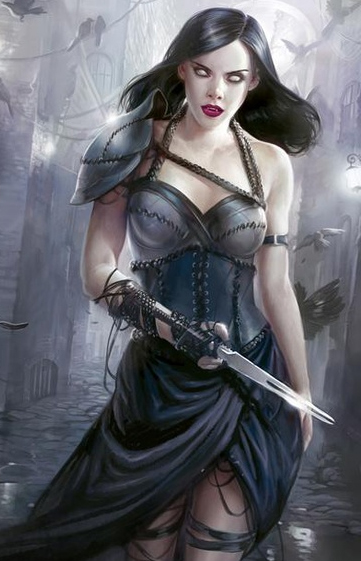 Part of a previous adventuring party that attacked Castle Ravenloft a decade ago.
Has daddy abandonment issues and so Strahd kept him alive after the defeat & took him in.
Rex grew to see Ludmilla as mother, Strahd as father til they kicked him out 2 weeks ago.
Speak to how he was a disappointment, never measured up to the expectations we had.
Rex was terrified of Volenta while he lived in the castle. He snuck into her room one day and found hundreds of jars of human ears, teeth and genitals. One of the empty jars was labeled “Rex“.

Been in Barovia for about a week or so.
Approached by Strahd and Volenta in the woods, offered a seat on Strahd’s council if he convinced Ireena that Strahd isn’t a bad guy, but has not done a very good job at it.
Strahd and Ludmilla no longer believe he will be a valuable asset in their quest for Ireena.
He’s a little shit. Expect him to ask a lot of questions and pull a prank or two.
Let him talk and make his jokes, what happens after dinner will emotionally destroy him. 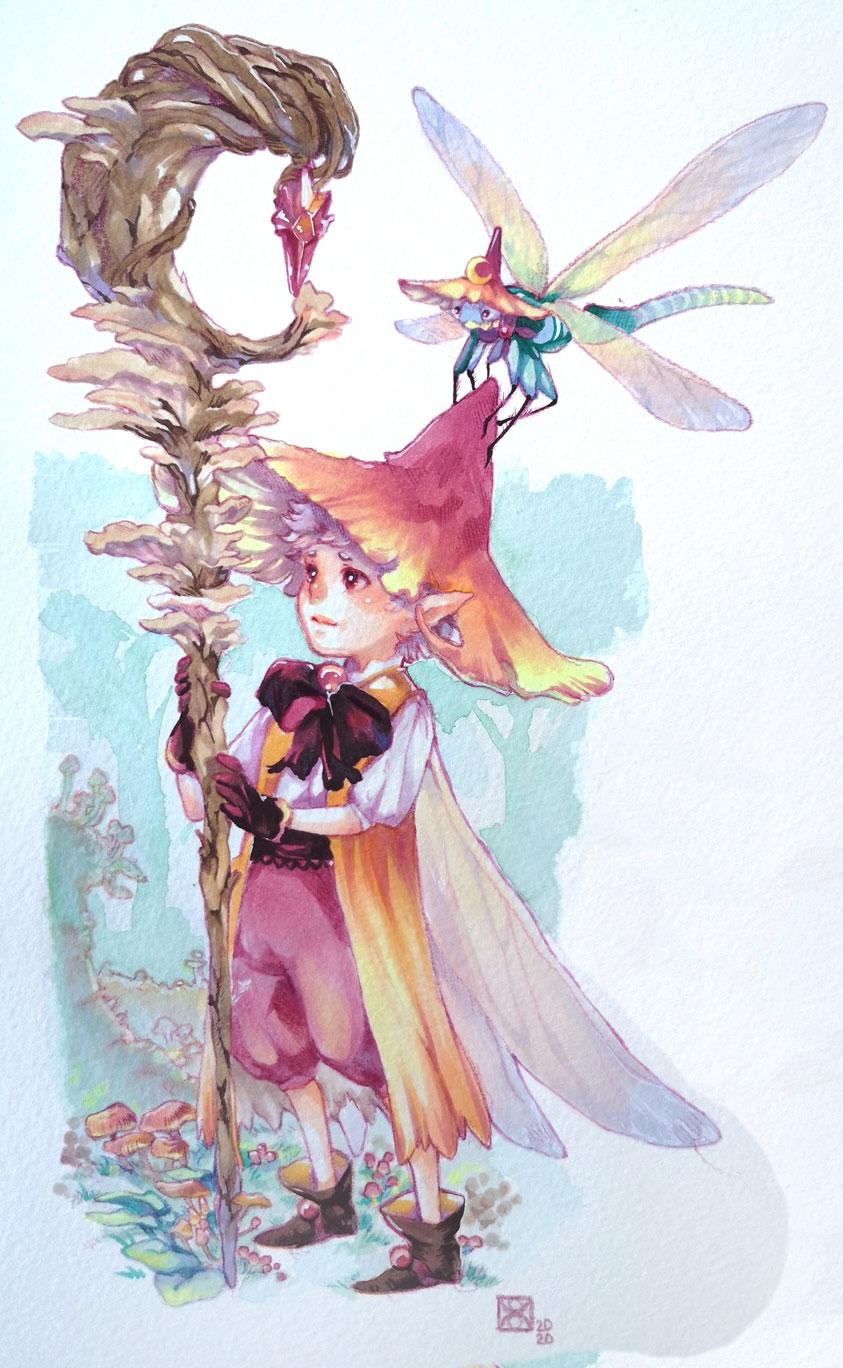 Been in Barovia for about a week or so.
After Valentine failed to convince Ireena to remove any prejudices of the vampire, Strahd approached Duke and Scrambles and made the some offer to them. Neither has made any attempt at persuading Ireena that Strahd is no villain.
Duke speaks whats on his mind and is brutally honest about everything. He has no secrets.
At some point in the dinner, Strahd will have his butler bring out the son of the man who killed Duke’s mother. If Duke takes the opportunity to kill him, great. If he refuses, I’ll give you the green light to stand up and kill him, Volenta. Remember, Volenta is not a delicate killer. She would do it dirty. Maybe grab a fork and start jabbing it into his neck, maybe rip out his throat, maybe pluck out an eye and throw it at Duke. Remember – total sadist. 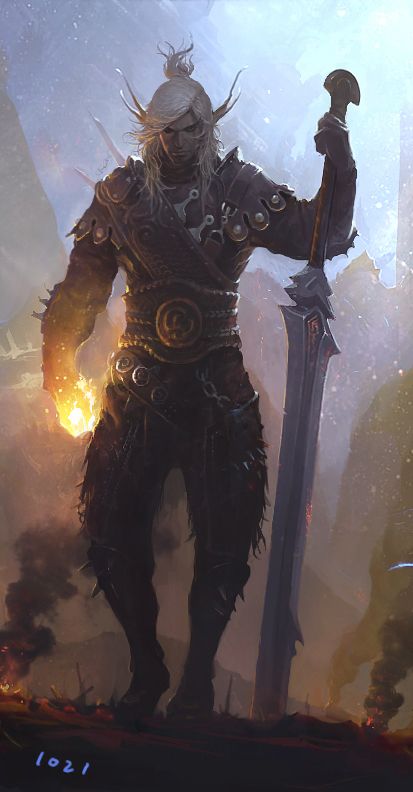 Not very bright. He’s got two goals: eat eggs & acquire shiny things for his dragon “mother”.
You want him to do anything, offer him something shiny.
He and Duke have agreed to remove any prejudices about Strahd from Ireena but they haven’t made any efforts towards it since agreeing to it 4 days ago. 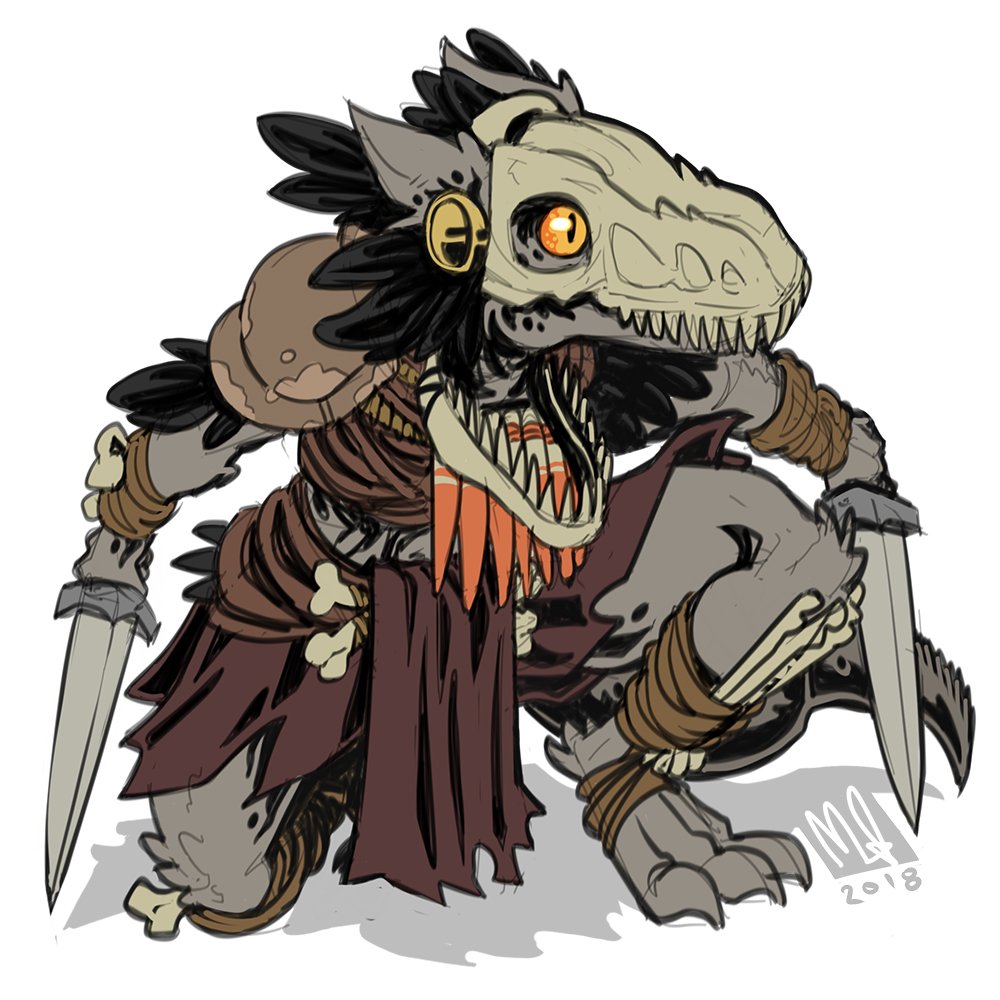 Horatio was created as a Frankenstein monster of various body parts.
He escaped from his creator and was attacked by some Gremlins who ripped him to pieces and ate all of his flesh, but he’s still alive (MAGIC!) as a skeleton who can remove pieces of his body and swap them out for others.
Horatio is a surprise dinner guest and we’re not too familiar with him yet.
He’s looking for dragon bones. A long, long time ago, Strahd killed a silver dragon.
Whenever he brings up the dragon bones, Ludmilla should lean over to Strahd and whisper something. Strahd will then offer to ressurect the bones of Dregothenholt if Horatio convinces Ireena to come dine at Castle Ravenloft on her own free will.